A Mature Concept: CompanyVoice Is Committed to Hiring Seniors 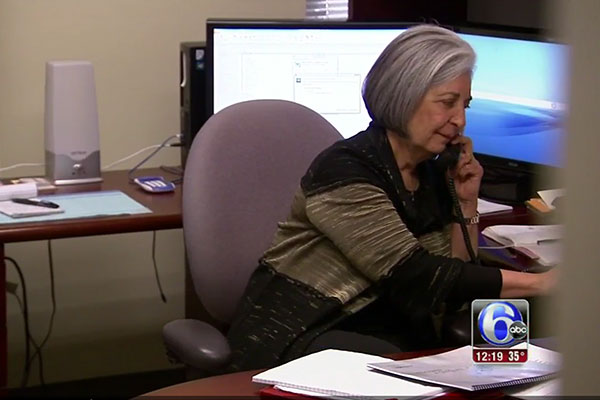 BLUE BELL, Pa. (WPVI) –Older adults can sometimes find it difficult to find a job. But, a local entrepreneur is putting special focus on hiring seniors.

Claudia Timbo is the Founder and President of CompanyVoice.

“In the call center industry there’s a lot of turnover, and our model helped reduce the turnover,” she said.

Since seniors are more likely to stay on the job, Timbo says retraining costs are drastically reduced, and more mature workers bring a lot of talent to the table.

“We can tap into their prior experience, life experience, and try to match it with the clients’ needs. So like, if I have someone who had 30 years of engineering, I can maybe tap him into an engineering firm and it’s a win for both parties,” stated Timbo.

She also hires people with disabilities, veterans and professionals who are in transition like mothers returning to the workforce after raising their families.

Genevieve Bongart, a Controller & Shareholder of CompanyVoice said, “It works because the mature worker comes in and they work. And the veteran comes in and is happy to have a job.”

Timbo has earned grants to create jobs from the state of Pennsylvania, and her staffing model won her the Department of Aging’s 2014 Champion of Older Workers Award.

CompanyVoice manager Edward Sotak said, “Certainly over my career, it seems the more tenure you get in an organization the less value you are to them. Here, Claudia recognizes the value of having that experience.”

Bob Klein, an Agent at CompanyVoice, said, “We’ve been around the world. We’ve had experience. We’re educated. I have a master’s degree and half of a doctorate. We can we can speak any type of language.”

For Timbo, hiring seasoned employees, provides her with a reliable and flexible workforce.

As for the seniors, Sotak says, “It’s really rewarding, having a job where I can feel like I’m contributing, and I can still be active. But, at the end of the day, what’s important is working with the family, my four grandchildren that I love — Chelsey, Logan, Griffin, and Grayson, Pop-pop said hi.”